About 300 football players want to file a lawsuit against EA Sports, a division of Electronic Arts. The reason for the dissatisfaction was the use of their appearance in the games of the FIFA series.

The discussion on this topic began a few days ago with the post of the Swedish footballer Zlatan Ibrahimovic. On his Twitter account, he wrote that he did not give EA Sports permission to use his name and appearance in games. The athlete was outraged that the company has been making money on him for several years, and also called for an investigation.

In response, representatives of EA Sports said that they have the rights to use the players’ appearance. It was noted that the relevant contracts were concluded with leagues, teams and individual players.

For example, the Milan club, for which Ibrahimovic plays, signed a partnership agreement with EA Sports back in August this year.

In his opinion, the contracts cannot be considered legal, because the rights to the image of appearance belong not to clubs and other organizations, but only to the players themselves. 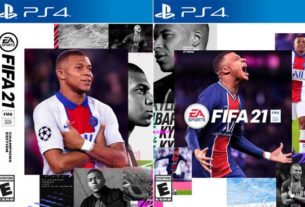