Here you can find all up-to-date FIFA 22 Game News. The release of the new part of the football simulator FIFA is an annual celebration for fans of the series. FIFA 22, which Electronic Arts should release this year, will not be an exception.

The new FIFA game should be a real sensation as the world is now completely immersed in a new generation of consoles, and EA has the opportunity to make FIFA 22 the best we’ve seen in recent years.

The developers did a good job on FIFA 21 – the game surprised fans with its graphics on PC, PlayStation 4 and Xbox One. But we have to take into account now the next-generation consoles, on which the football simulator is incredibly fast loading.

By the time FIFA 22 is released, many gamers will already have a PlayStation 5 or Xbox Series X/S. Thanks to the capabilities of these consoles, the title can go to a completely different level. Some people think that with improved graphics and meticulous attention to detail, it will be difficult to tell the difference between FIFA 22 and real football.

Thanks to new technologies, the next FIFA will be very different from its 2021 version.

Electronic Arts will do a lot of work on lighting, playing field, shadows, fans and making players’ faces more detailed. In addition, EA has promised to make the anti-aliasing softer and more pleasing to the eye.

The animations will also improve significantly. So the graphics in FIFA 22 will keep football fans of all skill levels busy for hours. Perhaps soon the developers will share the first details of the game, from which we will see all the features and differences of FIFA 22.

The release date of the new part of the football simulator is still unknown, since the game was not officially announced. However, based on the financial report of Electronic Arts, the next FIFA should be released in the fall of 2021. Don’t forget about the possible delays associated with the COVID-19 pandemic.

What could appear in the new FIFA?

Since its inception, Ultimate Team has been the focus of FIFA 21. The controversial feature that requires a lot of microtransactions attracts players with its “package” opening system. EA is a part of the loot box phenomenon, and it’s clear that this won’t change in FIFA 22.

FIFA Ultimate Team has been heavily criticized by fans for being given too much attention to and ignored other modes that could be improved.

Another aspect of disagreement is the advantage that Ultimate Team players get. You can succeed in the game without donations if you are experienced enough, but for a newcomer to FIFA it can be difficult, so he chooses tto buy teams for real money.

FIFA 21 has added a co-op feature to Ultimate Team that allows you to look at the mode from a different angle. However, the game did not allow co-op in FUT Champions, which would have a beneficial effect on the title. Hopefully FIFA 22 will add this much-requested feature and redesign Ultimate Team.

Since the release of FIFA 21, users have discovered a wide variety of bugs – from balls stuck in the goal to strange behavior of players. Due to some flaws, gamers may even lose the match, after which the desire to continue playing the football simulator disappears.

As funny as it sounds, bugs are a serious problem in many games. We can only hope that this will no longer happen in FIFA 22. Electronic Arts is committed to making every effort to correct any deficiencies as soon as possible.

We are still waiting for any official information from EA and FIFA 22 Game News are constantly being updated. FIFA 22 will definitely bring us completely new features that we might not even be aware of right now. It remains only to patiently wait for what Electronic Arts is preparing for us in 2021. 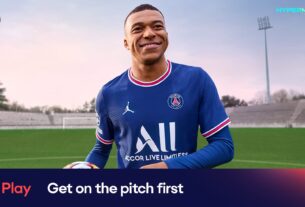 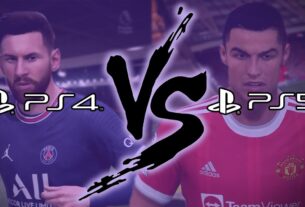