The first trailer for FIFA 22 should be shown during one of the conferences organized within the framework of E3, but the detailed analysis of the game will have to wait until EA Play Live 22. It looks like the developers have plans for a new mode.

The most important mode in the FIFA series for EA Sports is FIFA Ultimate Team, but career is also popular. Players create footballers and then try to conquer the leagues with their help.

But fans have been asking developers for a long time to expand the game’s option with online contests.

Information about the “online career mode” appeared in the job description of the new employee (Online Software Engineer):

“As an online software developer, you will help build a networked game development team for online career mode, as a team, or across major networked systems and protocols.”

“We’re looking for engineers who love prototyping and planning, adding awesome new features to an existing and beloved game, and improving code.”

Placing a vacancy does not mean that the long-awaited mode will appear in FIFA 22. But the management of EA said that the series will come to “a tipping point” that will allow it to reach a new quality. 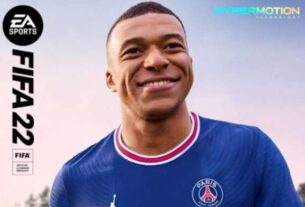 Castro_1021 streamer gets permanent transfer ban in FIFA 22 during broadcast